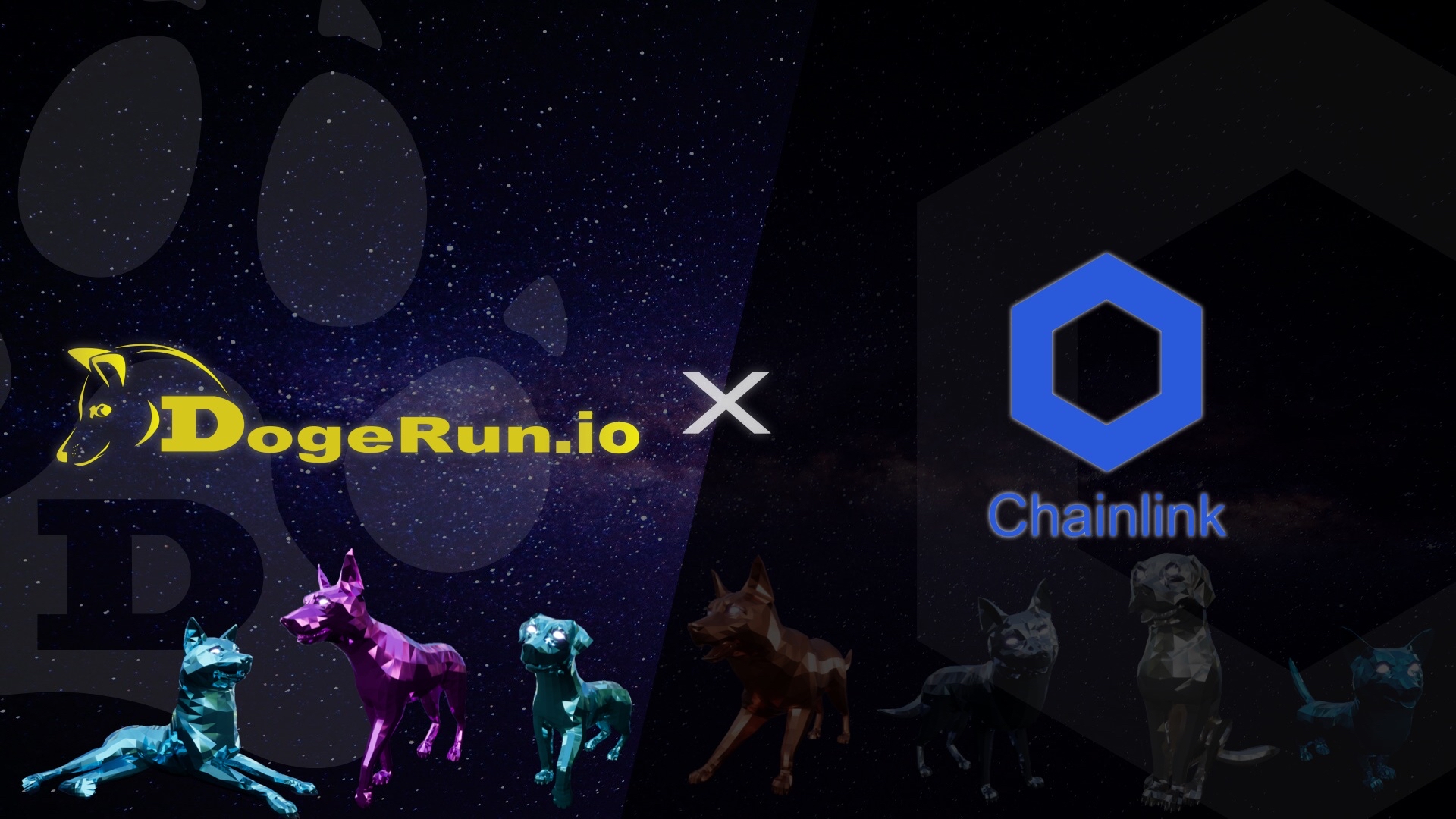 “Random numbers should not be generated with a method chosen at random.”
-Donald Knuth

DogeRun.io is pleased to announce our mainnet integration of Chainlink VRF in our NFT reveal to guarantee a fair launch of our upcoming play-to-earn blockchain gaming platform. By having a verifiably tamper-proof source of randomness on-chain, DogeRun can unbiasedly mint and distribute MoonDoges with varying rarities and characteristics, ensuring a fair, transparent, and competitive gaming experience. 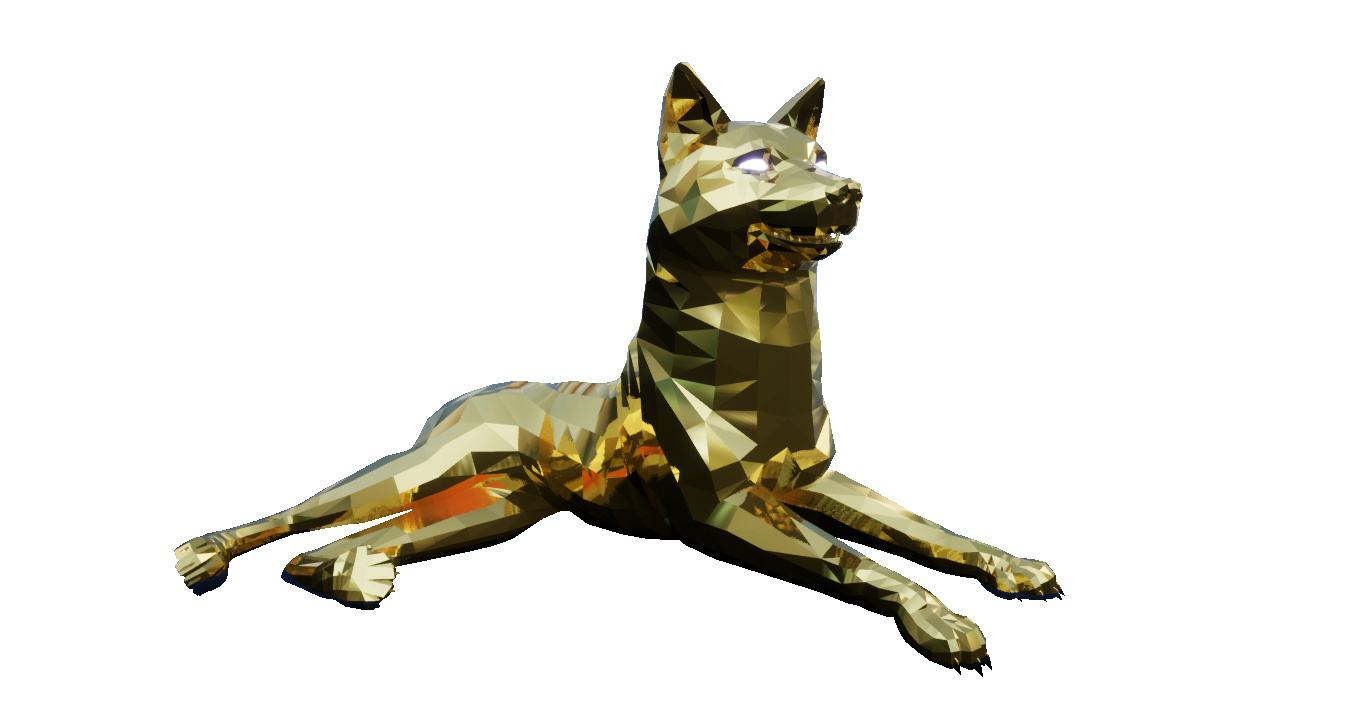 DogeRun.io is an up-and-coming FAIRPLAY NFT Play-To-Earn Gaming Platform. Our goal is to take the user-friendly experience of the DOGE token and combine it with both the cryptographically provable security of EVM (Ethereum Virtual Machine) compatible networks and Chainlink VRF to ensure equality and fairness amongst Moon Doge distribution, breeding, and races across the galaxy.

Moon Doges begin their lives in Mystery Eggs, and through the act of ‘incubation’, each Egg uses a random number input from Chainlink VRF to produce 1 of 7,777 provably rare Moon Doges. The rarity of Moon Doges is characterized by breed and color. However, a Moon Doge’s underlying stats also factor into the racing aspect of DogeRun.

A Moon Doge’s racing ability is determined by its lineage, breed, and pedigree (DNA). The ability given to an Ethos Moon Doge is calculated by placing a weighted factor on the combination of its DNA. On average, an E1 Ethos Shiba-Inu will perform better on all planetary race tracks than an E2 Ethos Doberman. However, based on ability alone, this does not mean that an E1 Ethos Shiba-Inu will always outrun an E2 Doberman Moon Doge. The DogeRun algorithm is designed in a way that allows for a Moondoge’s ability to overlap with other breed types and pedigrees, causing dynamic and unpredictable racing tied together with provably fair results powered by Chainlink VRF.

Every Moon Doge is born into the Ether with a set of hidden characteristics that include:

These characteristics are generated at birth and are fixed. The Accessory NFTs available can help you view stats on your Moon Doge or even delay fatigue (to be adapted after initial BETA). To be clear, your Moon Doge’s distance preference does influence how your Doge will perform in any given race. We suggest that you determine your Moon Doge’s optimal distance, planet, and moon preference by competing in a variety of events or utilizing in-game features to determine your stats.

Moon Doges will be released in batches of 1,111 Mystery Eggs. The first batch of 1,111 eggs returns an additional NFT “Hatched” Origin Egg Shell, which will yield indefinite in-game rewards for funding the project’s fair launch. The Mystery Egg NFTs following the Origin Drop will yield doges but not Origin Shells.

These eggs will not have the same benefits as the Origin Shells but may come with extra bonuses. As stated before, this does not mean all Origin Ethos Doges will beat all other Moon Doges. Due to stat weights and Chainlinks VRF, all Doges have the potential to win their race. 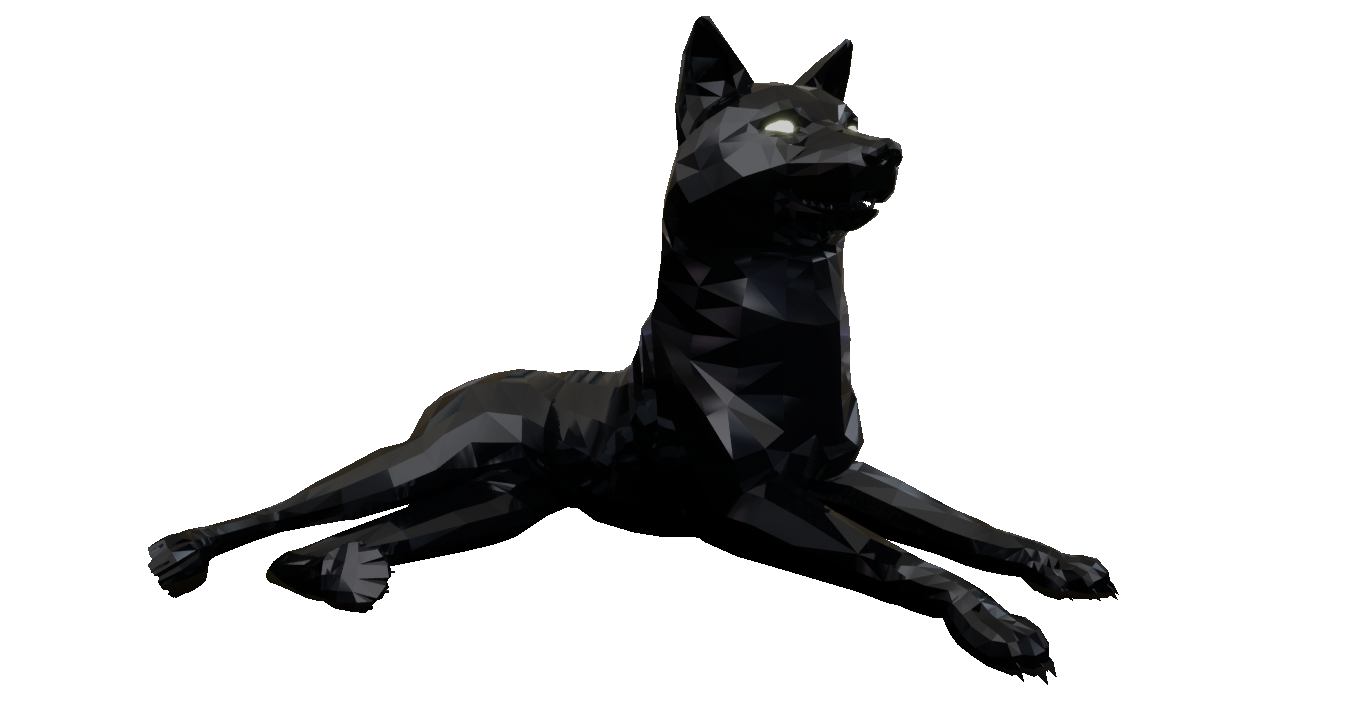 What is Chainlink VRF?

Synergy Between DogeRun.io and Chainlink VRF

From the very beginning, Chainlink VRF plays a key role in how the Moon Doges are brought to life. After minting a DogeRun Mystery Egg, your next step is ‘incubation’. Incubation is the act of moving the Mystery Egg through the Chainlink VRF smart contract to generate a verifiably random number designated between 1 of the 7,777 Moon Doges. Once the random number is generated, it is verified and proven on-chain. This process cannot be changed or manipulated to benefit a specific party, meaning that all DogeRun participants have a fair chance of ‘hatching’ a higher rarity Moon Doge.

There have been several instances where savvy users abuse NFT reveals by unwinding their pending transaction hash to determine what the outcome will be before the transaction confirms, rerolling over and over until they can keep the rarest mints for themselves. This is impossible using Chainlink VRF!

In the future, DogeRun will also use Chainlink VRF for racing outcomes. Racing in DogeRun is based on the many characteristics of Moon Doges, from breed, lineage, and pedigree to the underlying hidden stats such as distance dominance, gate favor, stamina, and even luck!. All of these variables are computed and then applied into Chainlink VRF to ensure that even the most common Doges have a fighting chance in the race!

Many games before DogeRun have claimed to be random; however, with Chainlink VRF, we now have on-chain proof to show our users that every incubation and eventually race—although weighted by stats—is truly random. The Chainlink Network provides revolutionary and easy-to-integrate blockchain infrastructure to enhance the functionality of smart contract applications, and Chainlink VRF is a giant milestone for NFT gaming. DogeRun is more than happy to be integrating this innovative technology, and we know our community will appreciate the fair play gaming dynamics.

“DogeRun.io aims to set the standard for “Fair Gaming”. To achieve this goal, we have integrated Chainlink VRF, as it is already the standard for verifiable randomness and thus provides the ideal foundation for our fair-launch, play-to-earn ecosystem, ensuring all players have an equal chance to become a top contender.” -Cody Dyer, DogeRun.io Founder

The next generation of play-to-earn gaming backed by Chainlink VRF will set the ultimate standard for NFT Gaming.

Crack an egg and get ready to join us in the Race Across Space!
[Web Streaming & Downloadable Version Currently in Live Beta] 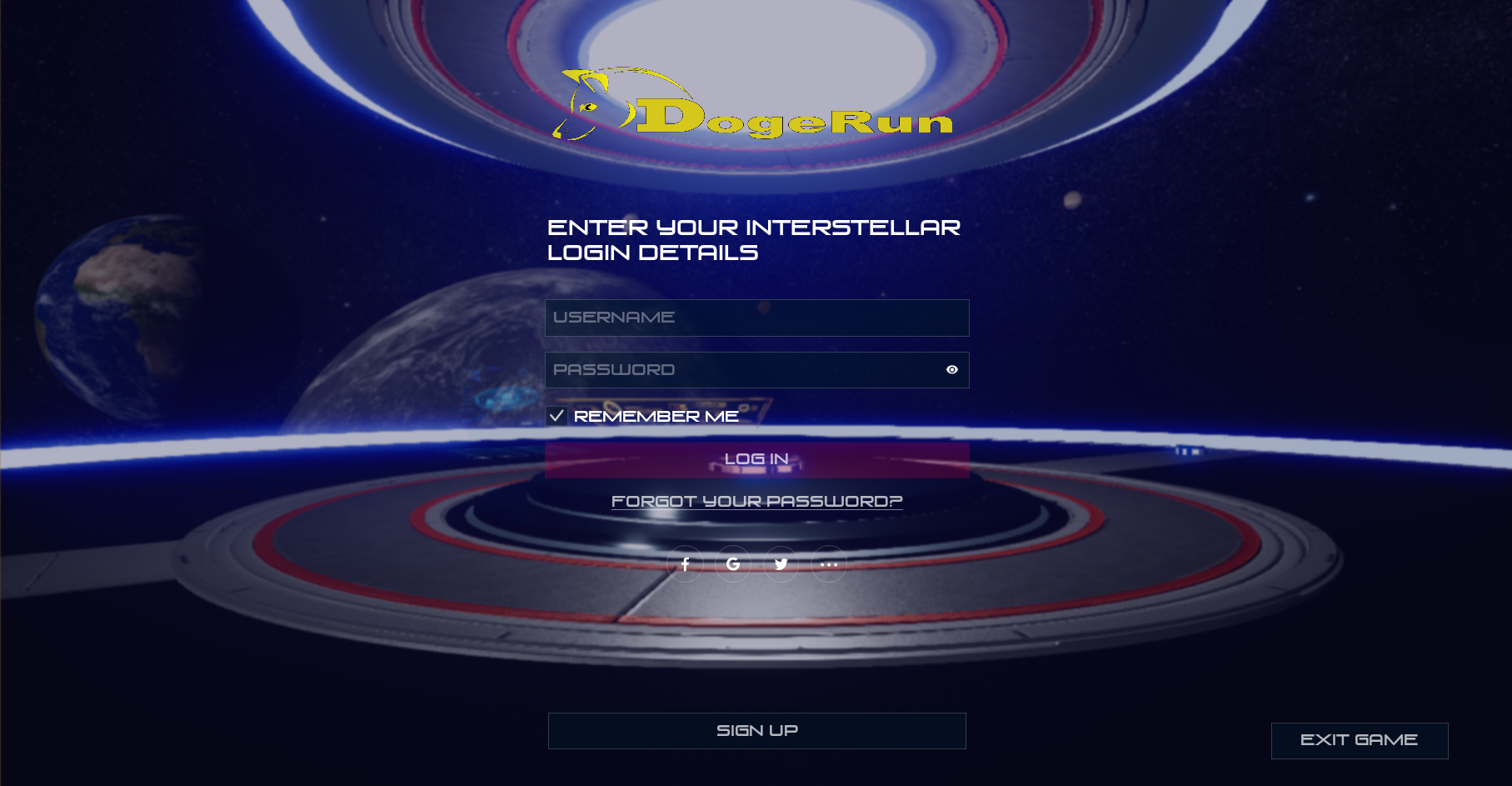 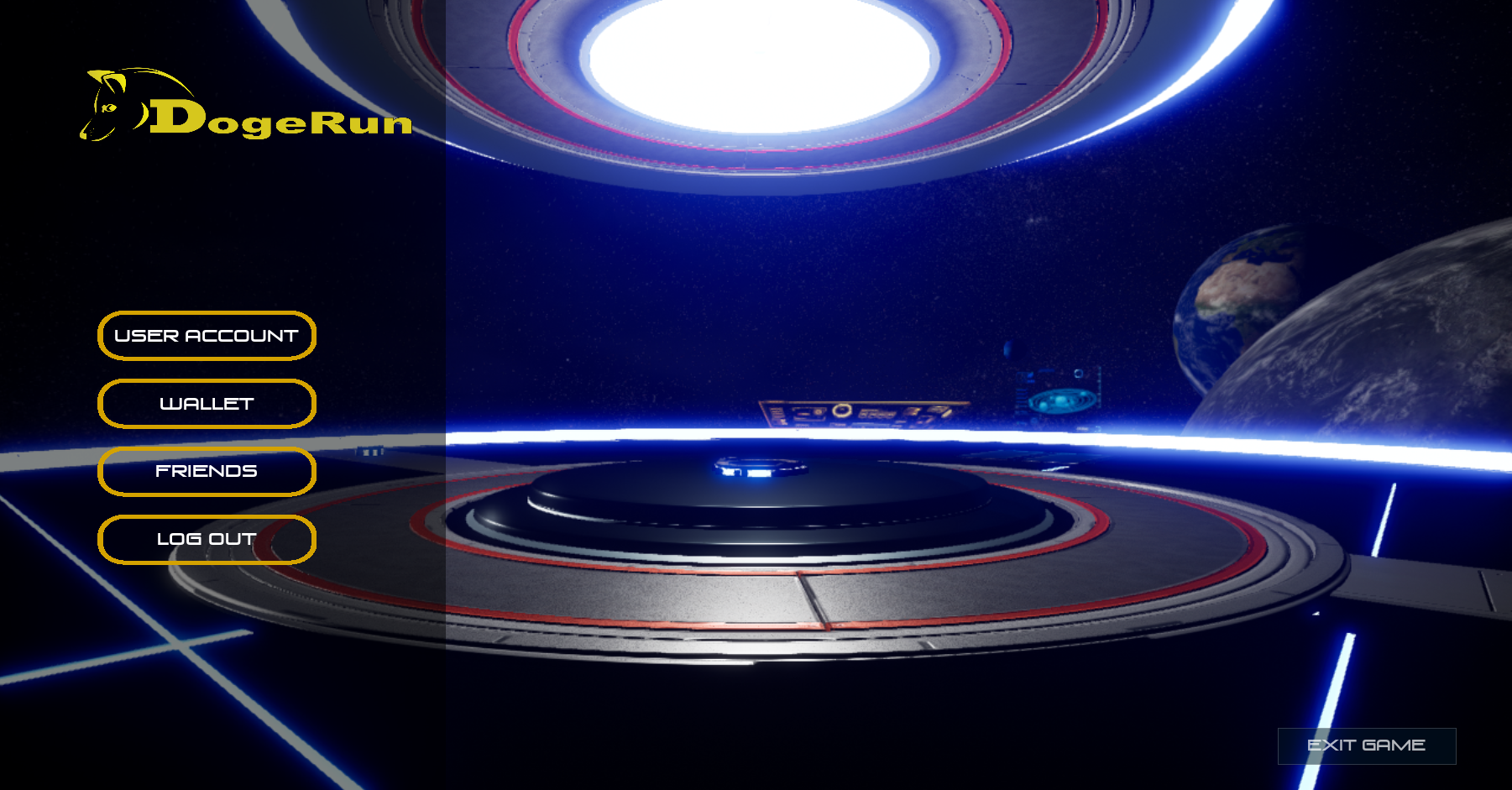 Chainlink is trusted by hundreds of organizations, from global enterprises to projects at the forefront of the blockchain economy, to deliver definitive truth via secure, reliable oracle networks. To learn more about Chainlink, visit chain.link and subscribe to the Chainlink newsletter. To understand the full vision of the Chainlink Network, read the Chainlink 2.0 whitepaper. Want to discuss an integration? Talk to an expert.

DogeRun.io is the starting point of a wonderful world of fair-play launches by Galaxy Host Games. We will create a provably fair ecosystem that extends into the metaverse and for ages to come.

To Learn more Visit our socials or view our web documentation